You can probably identify with many aspects of bee life; the daily routine, enjoying honey, caring for family members. You can also probably imagine what it would be like to physically be a bee; flying, stinging, having a proboscis instead of a tongue or segmented eyes instead of eyeballs.

Antennae, however, are outside of our realm of experience as we humans don’t have any appendage that does what antennae do. In order to be able to imagine what antennae feel like we need to have an understanding of what antennae are and what they do for a bee. They are so much more than physical forehead protrusions; antennae are a sensory powerhouse that provides the bee with reams of information about their environment, their community and even their flight speed.

Fig 1. Close-up of a bee’s head by Sam Droege

The flagellum can act as touch sensors which allow the bee to explore the texture of a surface. It is also the most chemically sensitive part of the antennae as it’s able to “smell” minute traces of airborne chemicals (eg. CO2) and “taste” the surfaces it touches. The flagellum is also able to detect temperature and humidity which is important as the bees often have to work to keep the hive’s interior in a zone compatible with rearing brood1.

The pedicel contains something called the Johnston’s organ; a ring of sensory cells connected to a microscopic membrane stretched between the pedicel and flagellum. When sound waves hit the flagellum they cause vibrations in this membrane which are then captured by the sensory cells and perceived by the bee as sounds. Unlike us humans bees wear their ear drums on the outside.

Fig 2. Research bee with one antenna, photo by E. Rigosi

There is a section of a bees brain, the Antennal Lobes, which is devoted to processing information from the antennae. Researchers discovered, however, that bees have a “side preference” and tend to use their right antenna more effectively than their left. The first time it was documented was in a study where bees showed an improvement in their ability to respond to odours when trained through their right antenna over their left antenna2. A more recent study has shown that bees depend on their right antenna when interacting socially with other bees3.

Maybe you won’t be able to imagine the experience of having antennae waggling from your forehead but maybe you’ll have a new found appreciation for the rich complexity that makes bees such amazing creatures. 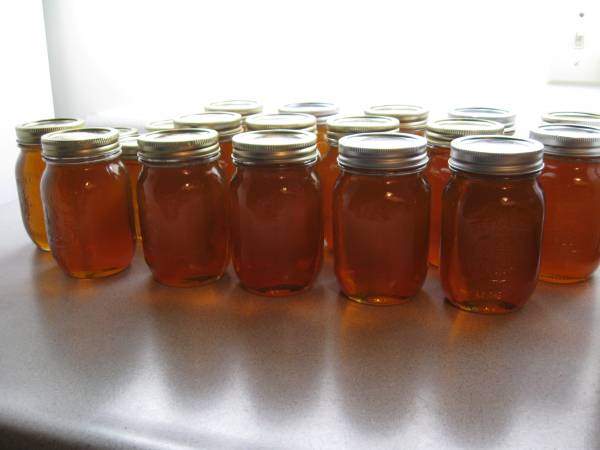